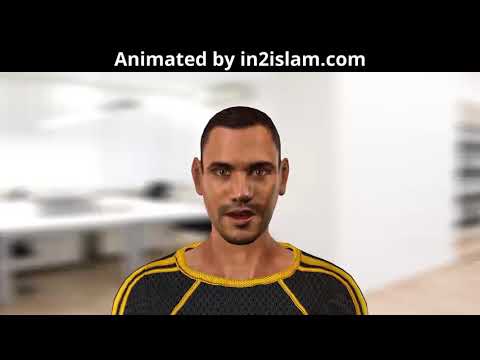 The Qur’an is a series of revelations over twenty some years.
Sometimes, there were historic circumstances, that appear to have prompted the revelations themselves such as battles, or events to take place in the future as in prophecy, or circumstances in the early Muslim community itself. The Qur’an was sometimes revealed to respond to various events and incidents. Sometimes, it was revealed to support the Prophet who was faced with many questions whether by Muslims, or non-Muslims, and hardships. Other times was revealed for legislation and for putting rules to govern the social, economical, and political life of Muslims.

The first verses to be revealed are the first five verses of Surat Al Alaq, which happens to be Chapter 96 of the 114 chapters of the Qur’an.

It was never meant to be read from a story line, like say a modern author today would compose. This is important to note that, had a human being composed it there probably would likely have been a constitent storyline.

Some books in the Bible are also not purely chronologically arranged in themselves, but are compiled revelations and likely arranged later.
Scribing during the life of Prophet Muhammad (peace be upon him). The Revelation scribes wrote down the Quran, according to the order of Prophet Muhammad (peace be upon him), on pieces of cloth, leather, bones, and stones. Its verses were ordered and arranged according to God’s inspiration. At the beginning, it was not gathered in one book. Some of the Prophet’s companions scribed parts and chapter, specially for themselves after they had memorized it from the Prophet.
As the Quran was being revealed, the Prophet Muhammad made special arrangements to ensure that it was written down. Although the Prophet Muhammad himself could neither read nor write, he dictated the verses orally, and instructed scribes to mark down the revelation on whatever materials were available, like tree branches, stones, leather, and bones.

The scribes would then read their writing back to the Prophet, who would check it for mistakes. With each new verse that was revealed, the Prophet Muhammad also dictated its placement within the growing body of text.

When the Prophet Muhammad died, the Quran has been fully written down. It was not in book form, however. It was recorded on different parchments and materials, held in the possession of the Companions of the Prophet.

After prophet death Zayd Ibn Thabit gathered the Quran in one book. He was charged to do this by Abu Bakr. Its resource was the parts written by the Revelation scribes; so he gathered all of it in one book, the Holy Quran.
As Islam began to spread throughout the Arabian peninsula, more and more people entered the fold of Islam from as far away as Persia and Byzantine. Many of these new Muslims were not native Arabic speakers, or they spoke a slightly different Arabic pronunciation from the tribes in Makkah and Madinah.

People began to dispute about which pronunciations were most correct. Third Caliph Uthman, took charge of ensuring that the recitation of the Quran is a standard pronunciation.
The first step was to borrow the original, compiled copy of the Quran from Hafsah. A committee of early Muslim scribes was tasked with making transcripts of the original copy, and ensuring the sequence of the chapters. When these perfect copies had been completed, Caliph Uthman ordered all remaining transcripts to be destroyed, so that all copies of the Quran were uniform in script.

All Qurans available in the world today are exactly identical to the Uthmani version, which was completed less than twenty years after the death of Prophet Muhammad.

Later, some minor improvements were made in the Arabic script (adding dots and diacritical marks), to make it easier for non-Arabs to read.

However, the text of the Quran has remained the same.