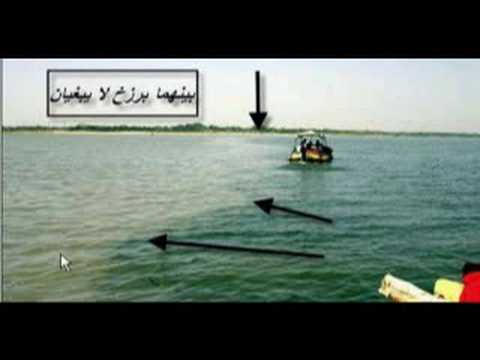 Below Shown Photos are of the two rivers flowing in southern part near Cape Town , South Africa.

These rivers flow together and there nature came to know in the starting of 20th century where as ALLAH (SWT)mentioned the nature of these two rivers in Holy Quran around 1400years Back.

These two river flow together and finally settle down in the Ocean,taste of one river is extreamly sweet whereas the taste of another river is extreamly opposite (that is bitter) but they never mix.There is nothing in between these rivers which stops them from mixing togther but its is the will & order of ALLAH (SWT)