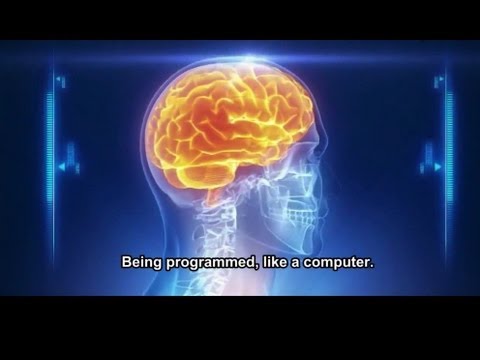 There are many rational reasons for believing in God, this film will briefly explain some simple reasons for God’s existence.

Order in the Universe: When we reflect upon the nature of our world, we see order everywhere from the water cycle to the movement of the earth around the sun.

Commenting on the order found in the universe, the physicist Stephen Hawking explains that:

The overwhelming impression ‘is one of order, the more we discover about the universe, the more we find that it is governed by rational laws.”

This observation is shared by the vast

majority of scientists. Since the universe has order and is governed by the ‘laws of science’, we should question how this order came about. The most effective way to answer this question is to reason to the best conclusion. Take your mobile phone for example, your phone is made of glass, plastic and metal. Glass comes from sand, plastic comes from oil, and metal is extracted from the ground. Imagine you were walking in a desert (where there is lots of oil, sand and metals in the ground), and you found a mobile phone lying around. Would you believe that it came together by itself? That the sun shone, the wind blew, lightning struck, the oil bubbled to the surface and mixed with the sand and metal, and over millions of years the mobile came together by chance? No one would believe such an explanation. A mobile phone is clearly something that was put together in an organized way, so it would be rational to believe that it must have an organizer. In the same way, when we see the order in the universe, isn’t it rational to say that the universe has an organiser? This ‘organiser’ is best explained by the existence of God. God is the one who bought about the order in the universe.

You Deserve To Know.

After hearing what propaganda has to say about Islam, it’s time to hear the truth, and our non-profit organization is dedicated to getting you precisely that.
We are here because we believe you deserve more than to be talked about what Islam is, we believe you deserve more than the rumors and misquoted statements. We believe that in the world where 1.57 billion people follow slam, in a world where Islam is the fastest-growing religion, in a world where Islam means peaceful submission to the one God of Noah, Abraham, Isaac, Ishmael, Jacob, Joseph, Moses, Jesus, And Muhammad (p), you deserve to know. And don’t say you didn’t know you deserve to know,

Did you know that:

•The Quraan makes it obligatory for any Muslim to believe in all the previous prophets including ( Ibrahim, Moses, Jesus, David, Joseph, Mohamed, etc..).
•The Quraan guides to a complete way of life that governs all facets of life – moral, spiritual, social, political, economical, intellectual, etc.
•Mary (Jesus mother) is mentioned in the Quraan as one of the greatest women on this earth.
•The expansion of the universe is mentioned in the Quraan.
•The Quraan describes the purpose of our existence in this life.
•The Quraan was written and memorized during the life of prophet Mohammed, not a single word was changed since then.
•The Quraan stresses peace, justice and the unity of humanity.

"The Quraan is the Final Revelation from the Creator to humanity. It was revealed in the year 610 CE to the Prophet Muhammad (peace be upon him), and completed over a period of 23 years. These 23 years of revelation resulted in a book which comprised of 114 chapters and over 6000 verses. All of this was to Become the primary source of law for the whole of mankind to live and die by. Quraan includes all the subjects that concern human beings, such as doctrine, family, wisdom, worship, economy, etc. The main theme is the relationship between God and human beings.

"Do they not then consider the Qur’an carefully? Had it been from other than
Allah, they would surely have found therein much contradiction." [4:82]

The Simple Life of Muhammad