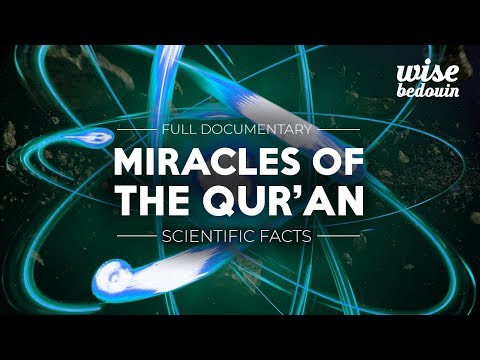 Fourteen centuries ago, God sent down to humanity the Qur’an as a book of guidance. He called upon people to be guided to the truth by adhering to this book. Since the day of its revelation to the day of resurrection, his last divine book will remain the sole guide for humanity. The matchless style of the Qur’an and the superior wisdom in it are definite evidence that it is the word of God. In addition, the Qur’an has many miraculous attributes proving that it is a revelation from God. One of these attributes is the fact that a number of scientific truths that we have only been able to uncover by the technology of the twentieth century were stated in the Qur’an 1,400 years ago.

Of course the Qur’an is not a book of science. However, many scientific facts that are expressed in an extremely concise and profound manner in its verses have only been discovered with the technology of the twentieth century. These facts could not have been known at the time of the Qur’an’s revelation, and this is still more proof that the Qur’an is the word of God.

In order to understand the scientific miracle of the Qur’an, we must first take a look at the level of science at the time when this holy book was revealed…0:03:15