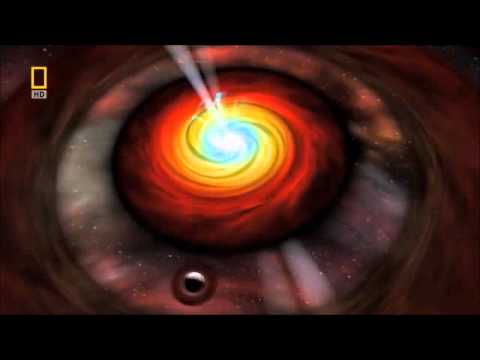 -Pulsars :
"( I swear ) by Heaven and The Knocker/ Pulsar ! And what will convey to you what The Knocker/Pulsar is? The Piercing Star ! (Qur’an, 86:1-3) "
” والسماء والطارق وما أدراك ما الطارق النجم الثاقب”
NB : Swears of God in the quran always refer to something powerfull

– The BIG BANG
Quran 21:30 – Did not the disbelievers observe that the heavens and the earth were of one piece,﻿ then We parted them, and we made every living thing of water? Will they not then believe?

– BIG CRUNCH & ANOTHER BIG BANG
Quran, 21:104
"The Day that We roll up the heavens like a scroll rolled up for books ,- even as We produced the first creation, so We will also reproduce it : a promise We have undertaken: truly shall We fulfill it.
NB: 1. The Quran used the verb يعيد which both can mean reproduce or backtrack . so we don’t know if it means reproducing another big bang or only a big crunch by backtracking the first big bang . 2. from this verse we also can deduce the shape of the universe.

– The gaseous state of the universe at the begining of creation :
Quran 41:11
"Moreover He comprehended in His design the sky, and it had been (as) smoke: He said to it and to the earth: ‘Come ye together,

– Expansion of the universe :
Quran, 51:47
"And the firmament, We constructed with power and skill and verily We are expanding it.

– The protecting function of earth’s atmosphere (from sun & meteors…):
(Qur’an, 21:32)
We made the sky a preserved and protected roof yet still they turn away from Our Signs.

Comment :
The troposphere enables water vapour rising from the surface of the Earth to be condensed and turned back as rain.
The ozone layer, the lower layer of stratosphere reflects harmful radiation and ultraviolet light coming from space and turns both back into space.
The ionosphere reflects radio waves broadcast from the Earth back down to different parts of the world just like a passive communications satellite. Thus, it makes wireless communication, radio, and television broadcasting possible over long distances.
The magnetosphere layer turns the harmful radioactive particles emitted by the Sun and other stars back into space before they reach the Earth.

– The Miracle of Iron in The Quran:
IRON has meteoric origin in our solar system(sent down to earth & sunk to the core): ‘And We also sent down iron…’ (Quran, chapter Iron 57:25)
We find this miracle in the Quran copies which consider ‘basmalah’ as the 1st verse(basmalah is the sentence ‘in the name of god,the mercifull’ before all chapters). Thus,the verse 25 becomes 26(Atomic number of iron) & the number of verses 29 becomes 30(iron’s neutrons). Chapter 57 is the core of the Quran(114 chapters) 57 is a stable isotope of iron

– The Moon cracked (confirmed by NASA):
Quran54:1 The Hour (of Judgment) is nigh, and the moon is cleft asunder.

Check up multiple translation of The Quran verses : http://www.islamawakened.com/quran/

also read about other miracles of the quran such as geology & embreology in the quran .