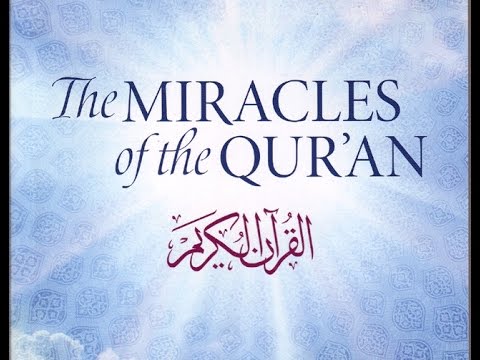 Islam considers the Quran to be a holy book, the word of Allah, and a miracle.[citation needed] The text itself is believed to be a miracle on the grounds that the Arabic text does not conform to the standard poetry and prose categories commonly expressed by all forms of written and spoken languages and therefore falls outside the realm of limited human possibility and must be divinely inspired.[citation needed]
The definition of a miracle is "a marvellous event not ascribable to human power or the operation of any natural force and therefore attributed to supernatural, esp. divine, agency; esp. an act (e.g. of healing) showing control over nature and used as evidence that the agent is either divine or divinely favoured."[1]
The verses of the Qur’an making this claim are given below (Hilali and Muhsin Khan’s Translation):
Say: "If the mankind and the jinns were together to produce the like of this Qur’an, they could not produce the like thereof, even if they helped one another." [Qur’an 17:88]
And if you (Arab pagans, Jews, and Christians) are in doubt concerning that which We have sent down (i.e. the Qur’an) to Our slave (Muhammad Peace be upon him ), then produce a surah (chapter) of the like thereof and call your witnesses (supporters and helpers) besides Allah, if you are truthful. [Qur’an 2:23]
Or they say, "He (Prophet Muhammad(P)) forged it (the Qur’an)." Say: "Bring you then ten forged surah (chapters) like unto it, and call whomsoever you can, other than Allah (to your help), if you speak the truth!" [Qur’an 11:13]
Or do they say: "He (Muhammad(P)) has forged it?" Say: "Bring then a surah (chapter) like unto it, and call upon whomsoever you can, besides Allah, if you are truthful!" [Qur’an 10:37-38]
Or do they say: "He (Muhammad(P)) has forged it (this Qur’an)?" Nay! They believe not! Let them then produce a recital like unto it (the Qur’an) if they are truthful. [Qur’an 52:33-34]
The Quran describes Muhammad as "ummi",[2] which is traditionally interpreted as "unlettered,"[3] but the meaning is rather more complex. The medieval commentators such as Al-Tabari maintained that the term induced two meanings: first, the inability to read or write in general; second, the inexperience or ignorance of the previous books or scriptures (but they gave priority to the first meaning). Besides, Muhammad’s being "ummi" was taken as a sign of the genuineness of his prophethood. For example, according to Fakhr al-Din al-Razi, if Muhammad had mastered writing and reading he possibly would have been suspected of having studied the books of the ancestors. Some scholars such as Watt prefer the second meaning.[4][5] The suggestion is that since Muhammad had no previous knowledge of the content in the Quran, it was in fact composed of miracles. The majority of Muslim thinkers accept the factuality of the miracles found in the Quran.