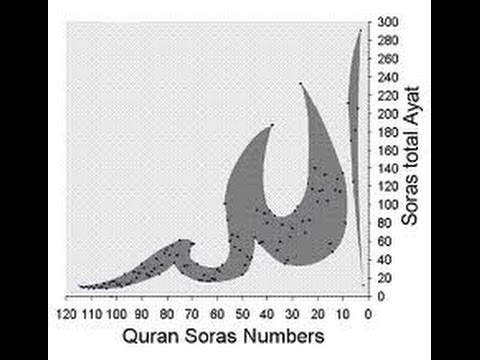 Quran says about the 19 : ”Over it are nineteen (19) [angels].
And We have not made the keepers of the Fire except angels. And We have not made their number except as a trial for those who disbelieve – that those who were given the Scripture will be convinced and those who have believed will increase in faith and those who were given the Scripture and the believers will not doubt and that those in whose hearts is disease [i.e., hypocrisy] and the disbelievers will say, "What does Allah intend by this as an example?" Thus does Allah send astray whom He wills and guide whom He wills. And none knows the soldiers of your Lord except Him. And it [i.e., mention of the Fire] is not but a reminder to humanity.” Quran 74:31-32

You want to discover the secret of mathematics and find out why God Allah is the best and the creator of mathematic language here check some examples about the number 19 (1–9)
Alpha and Omega cause God is (the first (1) -the last(9)) find in all the chapters of the Quran and in our universe :
-The number 19 which remained a secret in chapter 74 (The Hidden) for 19×74 lunar years until it was unveiled by God in year 1974 to a monotheist scientist (found with use of a computer).

-The Sun, Moon and Earth line up in the same relative positions once every 19 years