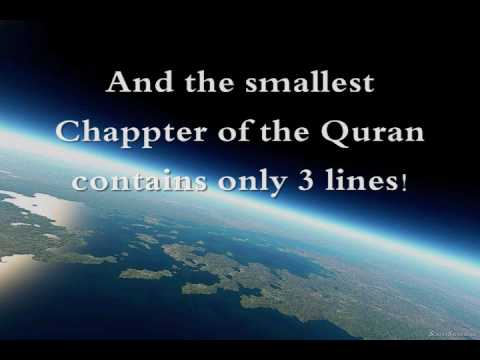 The Qur’anic challenge to produce a work similar to it, and the inability of its contemporaries to meet it. The Quran is not only unique in the way in which it presents its subject matter, but it is also unique in that it is a miracle itself. By the term miracle, we mean the performance of a supernatural or extraordinary event which cannot be duplicated by humans. It has been documented that Prophet Muhammad, may God praise him, challenged the Arabs to produce a literary work of a similar caliber as the Quran, but they were unable to do so in spite of their well-known eloquence and literary powers.
since the Quran was revealed, the Miracle remains as a mystery to Mankind till today and it will remain as a miracle in the future!