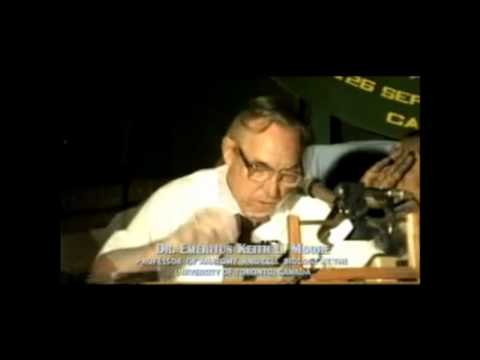 Professor Keith Moore who is the head of anatomy in the University of Toronto and he is one of the best in embryology. Students doing medicine usually refer to his books.

He converts to Islam after finding out scientific facts in the Quran about embryology which were only discovered by modern science in the 20th century using microscopes.

The Quran gives details about the embryological stages in great detail.

He says that without a doubt that this Quran cannot have been written by a man called Muhammad who lived in the 6th century.

He confirms that this can only have been a revelation from God.