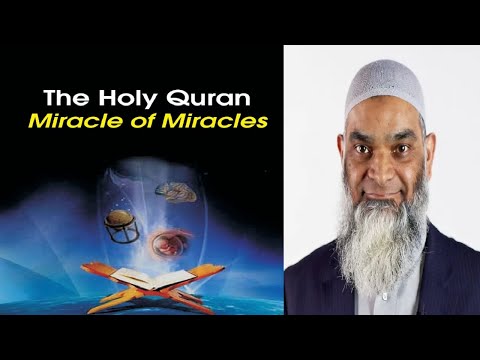 Is the Qur’an Miraculous?

From where Muhammad (pbuh) got his revelations?

Is the Qur’an truly the literal word of God?

It should not be surprising that a book of God has always contained within it scientific facts that have only came to light in the past century.

He is now in his fourth year of Ph.D studies in Quranic Exegesis at the University of Toronto.

Shabir is the president of the Islamic Information & Dawah Centre International in Toronto where he functions as Imam.

He travels internationally to represent Islam in public lectures and interfaith dialogues.

He explains Islam on a weekly television program called "Let the Quran Speak.

The Topic: Mathematical Miracles in the Qur’an

A talk by Shabir Ally