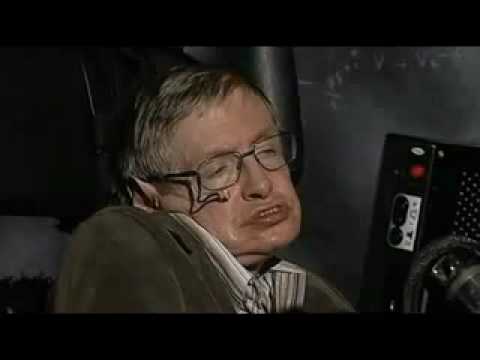 The first hospital was built in Damascus (707 CE) by Caliph Walid ibn ‘Abd al-Malik. Muslims made many advances, such as the idea of blood circulation and quarantine. Ibn Sina’s (d. 1037 CE) 20-volume The Book of Healing, consisting of The Canons of Medicine, was Europe’s chief medical science guide from the twelfth to the seventeenth century. Ibn Sina, the first to describe meningitis, surveyed all available medical knowledge, from ancient and Muslim sources, and made original contributions.Hunayn ibn Ishaq (d. 873 CE) made advances in medicine, physics, mathematics, astronomy, veterinary science, and ophthalmology. This philosopher, physician, and head of Baghdad’s famous school of translators, wrote the first systematic ophthalmology textbook. Al-Razi (d. 925 CE) wrote a 10-volume work on Greek medicine and a 20-volume encyclopedia of medicine, treated kidney and bladder stones, and researched smallpox and measles. He was the first to use alcohol for medical purposes and opium as an anesthetic. Surgeon Abu al-Qasim al-Zahrawi (d. 1013 CE) wrote Al-Tasrif li Man Ajaz ‘an al-Ta’lif, Europe’s standard university textbook on surgery for 500 years. He was the first to use silk thread for stitching wounds.Al-Idrisi (d. 1166 CE) made major contributions in cataloging medicinal plants in such books as Kitab al-Jami’li Sifat Ashtat al-Nabatat. He also made original contributions to topography and wrote geographical encyclopedias, such as Pleasure of Men and Delight of Souls.Botanist Ibn al-Baytar (d. 1248 CE), one of the Middle Ages’ greatest botanists and pharmacists, compiled a textbook of over 1,400 medicinal plants. It was translated into Latin and published as late as 1758.The founder of modern algebra, al-Khwarizmi’s (d. 850 CE) Calculating Integration and Equation was used until the sixteenth century as the principal textbook in European universities. He also helped introduce Arabic numerals, the decimal point system, and the concept of zero. Algebra and algorithm are corruptions of his work and name. Under al-Ma’mun, he and his colleagues were the first to map the globe. In algebra, the Muslims continued with Thabit Ibn Qurra’s more general equations solved by geometrical arguments. In 901 Abu Kamil, "the Egyptian calculator," established rules for manipulating algebraic expressions. Around 1000, al-Karaji’s The Marvelous discussed higher order equations, combing geometry and arithmetic. Al-Samaw’al established the power law x^nx^n=x^(m+n) in 1180. Abu Yunus proved the famous identity cos(a)cos(b)={cos(a+b)+cos(a-b)}/2 and used spherical trigonometry to compute prayer times. Al-Biruni (d. 1050 CE) used spherical trigonometry to find any city’s direction. Another outstanding late-fourteenth century mathematician, Ghiyath al-Din al Kashani, worked on number theory and computation techniques. In 1424, he computed a value of 2pi to 16 decimal points. In his The Calculators’ Key, he described an algorithm for finding the fifth root of any number.Omar Khayyam (d. 1131 CE), famous in the West as a poet, was an excellent mathematician who criticized Euclid’s theorems, evolved a methodology to solve thrid degree equations, and researched binomials and their coefficients. Methematician and atronomer al-Buzanji’s (d. 997 CE) main contribution lies in mathematics, especially geometry, and a sizable part of today’s trigonometry can be traced to him. Al-Battani (d. 929 CE) was a famous astronomer, mathematician, and astrologer who is often considered one of Islam’s greatest astronomers. He determined the solar year to be 365 days, 5 hours, 46 minutes, and 24 seconds – very close to modern estimates. He proved that, in contrast to Ptolemy, the sun’s variation of the apparent angular diameter and the possibility of annular eclipses. In 1749, Dunthorne used al-Battani’s observations of lunar and solar eclipses to determine the moon’s secular acceleration of motion. His most famous astonomical treatise, translated into Latin in the twelfth century, was extremely influential in Europe until the Renaissance.Physicist al-Khazini studied mechanics and hydrostats and wrote books on physics and astronomy. Geographer, chronologist, mathematician, astonomer, and physicist Al-Biruni’s Elements of Astrology remained a textbook for centuries. He also wrote on specific gravity and developed formulas to determine all objects’ absolute and specific weights. Ibn al-Haytham (d. 1039 CE), an eminent physicist and the father of modern optics, wrote Kitab al-Manazir on light, worked with mirrors and lenses, reflection, refraction, and magnifying and burning glasses. He discounted Euclid and Ptolemy by discovering that rays originated in the object of vision and not the eye. He discovered the principle of inertia, studied sunrise and sunset, and explained rainbows through the principle of reflection. He was also known for the earliest use of the camera obscura.