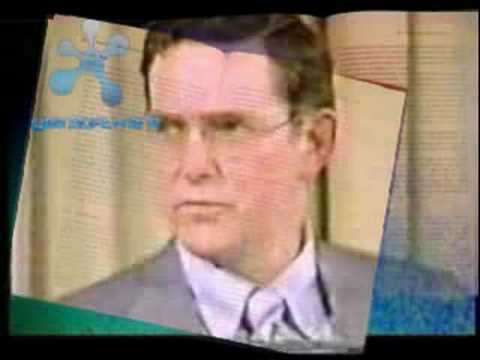 my response to "the Massive Islam Campaign – 2008" Compagne

The Qur’an contains many references to astronomy.

"The heavens and the earth were ordered rightly, and were made subservient to man, including the sun, the moon, the stars, and day and night. Every heavenly body moves in an orbit assigned to it by God and never digresses, making the universe an orderly cosmos whose life and existence, diminution and expansion, are totally determined by the Creator." [Qur’an 30:22]

These references, and the injunctions to learn, inspired the early Muslim scholars to study the heavens. They integrated the earlier works of the Indians, Persians and Greeks into a new synthesis.

Ptolemy’s Almagest (the title as we know it today is actually Arabic) was translated, studied and criticized. Many new stars were discovered, as we see in their Arabic names – Algol, Deneb, Betelgeuse, Rigel, Aldebaran. Astronomical tables were compiled, among them the Toledan tables, which were used by Copernicus, Tycho Brahe and Kepler.

Also compiled were almanacs – another Arabic term. Other terms from Arabic are zenith, nadir, Aledo, azimuth.

Muslim astronomers were the first to establish observatories, like the one built at Mugharah by Hulagu, the son of Genghis Khan, in Persia, and they invented instruments such as the quadrant and astrolabe, which led to advances not only in astronomy but in oceanic navigation, contributing to the European age of exploration.

The science of modern cosmology, observational and theoretical, clearly indicates that, at one point in time, the whole universe was nothing but a cloud of ‘smoke’ (i.e. an opaque highly dense and hot gaseous composition). This is one of the undisputed principles of standard modern cosmology. Scientists now can observe new stars forming out of the remnants of that ‘smoke’. The illuminating stars we see at night were, just as was the whole universe, in that ‘smoke’ material. God said in the Quran:

Then He turned to the heavens when it was smoke…

Have not those who disbelieved known that the heavens and the earth were one connected entity, then We separated them?..
[Holy Quran 21:30]

Professor Alfred Kroner is one of the world’s well-known geologists. He is a Professor of the Department of Geosciences, University of Mainz, Mainz, Germany. He said, "Thinking where Muhammad came from .. I think it is almost impossible that he could have known about things like the common origin of the universe, because scientists have only found out within the last few years with very complicated and advance technological methods that this is the case." (From ‘This is the Truth’ ). Also he said, "Somebody who did not know something about nuclear physics fourteen hundred years ago could not, I think, be in a position to find out from his own mind, for instance, that the earth and the heavens had the same origin."

°°°°°°°°°°°°°°°°°°°°°°°°°°°°°°°°°°°°°°
quran and sciences/the holy book/the holy quran/quran and the scientists/the galaxi/the word of God/kuran/le coran/le saint coran/Embryology and Human Creation between Quran & Science/Modern Embryology in the Quran/Modern sciences/technologie modern/Modern technologyMiracles of Quran/Quran’s miracles/the holy koran/THE MIRACLES OF THE QUR’AN//sciences in the quran/معجزات القرآن الكريم/توسع الكون/sciences in quran/Science In The Qur’an!/معجزات القرآن الكريم/European scientist:"GOD showed me that I am a MUSLIM"/islamic miracles of Quran and prophet Mohammed/Burn the Quran/100% proof the Qur’an is The Word of God/ Lioness Adopts a young Calf,The Heart of a Lioness/The Quran and Science: A Logical Approach/Quran&human development/Quran and human development/David Letterman Reacts to John McCain Suspending Campaign/ Barack Obama speaks about the Economic Crisis /The Quran is a Divine Miracle of Literature [Prophesy – Science – Warnings – Wisdom – Truths]/ ..and it has been Preserved 100% In the Original Language – for over 1,400 years!
/NASA | Sea Ice 2008/ NASA | Total Solar Eclipse PreviewNASA | August 1, 2008 Total Solar Eclipse Preview China astronaut space walk , first step to Universe from China!Message to Scientology/What Scientists Said About Quran !!!A MUST SEE 4 EVERYONE!!! / the innocence of muslims film in youtube / NASA | Sam Bacile | Vision. Hope. Triumph/ Faith and Science / ©2008