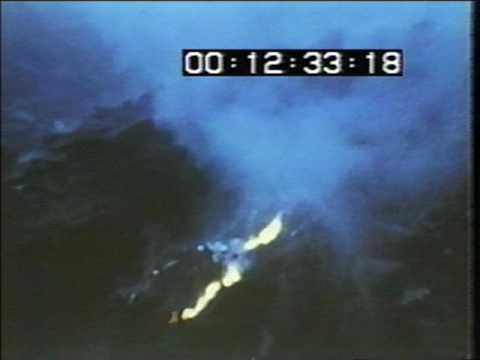 This is a 10 minute excerpt from a 20 minute – 16 mm. film which, for the first time, documented the origin of "Pillow Lava" – the most common form of lava on earth. Besides being an exciting film, it documented a scientific breakthrough. Since pillow lava turned out to be formed only by hot lava flowing underwater, it’s method of formation was unknown before diving scientists made personal observations at great personal risk. The film is now considered a classic film in Geology. Footage from the film has been used in many TV programs and is still available for purchase.