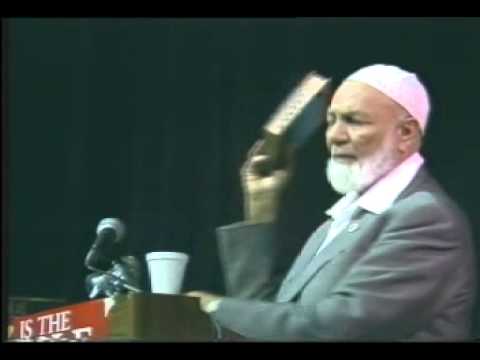 Dawah In The USA – A lecture by Sheikh Ahmed Deedat on 2nd November of 1986.

Our American Muslim brothers are enlightened by Sheikh Ahmed Deedat when he tells them that the Muslims are the best of peoples – and with that title they have certain responsibilities to perform. And if they fail to carry them out, they will be substituted by another people who will fulfill Gods commands.