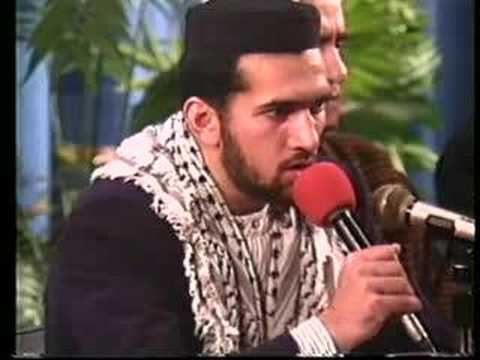 Sheikh Ahmed Deedat:
In 1986, the King Faisal Foundation awarded the King Faisal International Prize for SERVICE TO ISLAM, to a South African who is more or better known than many dignitaries in their own countries. This was the first time that this prestigious award has been awarded to a South African. The recipient of this award was a man totally dedicated to his faith and its propagation and who was not afraid to challenge any one to a debate to settle once and for all the matter, who has the good news right? He was none other than Sheikh Ahmed Deedat, reverently known and called UNCLE by those who hold him in high esteem and admiration.

The award came after a lifetime of struggle to propagate Islam and to defend Islam against the onslaught of the missionaries. Finally, he was given recognition by the international Muslim community that he deserved and focused more sharply the attention of the Muslim world on the most important aspect of his work, the challenge to propagate Islam. This was his life long ambition to focus the Muslim world’s attention and resources on the propagation of Islam, and at last he succeeded. What a moment of jubilation, achievement and personal gratification for Sheikh Deedat the award was, a turning point in his life.