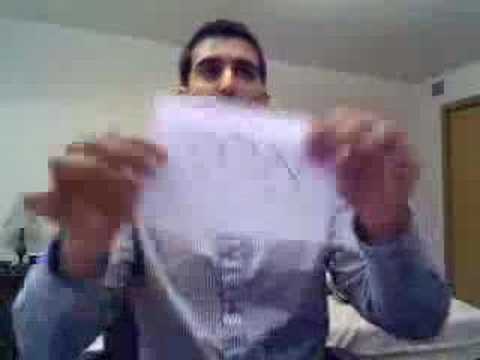 A must see! The legendary video in which a Jew rebuffs the claim of evangelicals, newly edited and now in annotations!

Even Jesus said Allah. According to an Aramaic dictionary, ( http://www.peshitta.org/lexicon/ ) the word for God in Aramaic (The language which Jesus spoke) is "Aalah", which is the exact same thing as the Arabic "Allah" since in English there are many ways to spell a foreign word (Example you can spell the Muhammad’s name in 27 ways, including Muhammad and Mohamed). Just visit the link and type "God" if you don’t believe me, then scroll down to "Pronunciation"

So Christians, if your god Jesus said "Allah", it means the Muslims are using the correct word for the creator!

The word Allah is better than the word God and is purer since God can be pluralised (gods) and genderised (goddess), the word Allah is more suitable for being HIS name because it CANNOT be genderised nor pluralised (in Arabic) since it is genderless and single, an example in English would be the planet Mars, it is genderless (you cannot say Marsa or whatever it would be if it could be genderised) and it is unpluralisable (you cannot say Marses), it simply wouldn’t make sense to genderise or pluralise this planet, the same goes for Allah (الله) in Arabic, so in essence IT IS SUPERIOR to the word God.

Lets not forget that Arab Christians, and Jews (as is the case in this video) say Allah, and have been saying it before there were even any western Christians!

Jesus said Allah too, so if you consider yourself a serious Christian you should start saying it to follow your god Jesus. So please, open your brains a little, it’s good for you.

Two prophets called him Allah, and they are the most known of prophets, Muhammad and Jesus peace be upon them. Nonetheless all of these are Semitic words, so as far as I am concerned, any Semitic word for God is acceptable, but why use a European word for Allah when not a single prophet used a European word?

Also, did you notice something? All of these words for Allah begin with either EL or AL, this is because in proto-Semitic (an ancient language which all Semitic languages, such as Arabic and Hebrew, evolved from) the word for God was AL or EL, Abraham PBUH spoke proto-Semitic and he called God "El shaddai", "El" here meaning God and "shaddai" meaning mountain, so basically he called God "God of the mountain".

The Semetic languages evolved in a way that they retain the word AL/EL at the beginning of the word, but there is an additional "lah" in Arabic and an additional "lohim" in Hebrew, I hope this clarifies.